I thought I'd throw my hat in the ring here and post links to two exceptional, well-reasoned articles detailing the history of Halloween and a Christian response (albeit Western) to whether or not we should allow our children to participate in this American, secular, marketing-driven, non-holiday.

The Tricky Topic of Halloween

What About Halloween
Posted by Genevieve at 9:01 PM No comments:

"Blessed are the peacemakers, for they shall be called the children of God."
Matthew 5:9
Making peace is really hard.  I am not a peaceful person.  I like to pick fights, especially theological ones.  When I believe something, I defend it voraciously and oftentimes, I have a hard time seeing past disagreements.  I forget that the person with whom I am arguing is also an image-bearer of God and therefore worthy of my honor and respect.  They may be wrong, but it isn't necessarily my place to tell them so.  There is a VERY fine line to be drawn between standing up for the truth and keeping the peace.  Probably 9.5 times out of 10, keeping the peace is more important.
I've been reading Jim Forrest's exceptional book, The Ladder of the Beatitudes, and his most lengthy chapter is on making peace.  He quotes Presvytera Denise Jillions at length and I think her words are so appropriate here:

"To be a peacemaker, however tiny or great the issue and the stakes- I have in mind one of my sons being willing to let the other pour his orange juice first rather than fight over it- is always heroic, is always reminiscent of the cross and the sacrifice of Christ and his courage to appear weak.  He could have called legions of angels to rescue him and fight at the moment, but instead he chose to ask the Father's forgiveness for his enemies.  Being a peacemaker is hardly popular with people who are sparring to win, it really takes all the 'fun' out of it and can be denigrated as 'wimpy' or foolish.  Also, being a peacemaker is different than being an 'appeaser,' not making waves, not standing up for truth.  Just as the idea of 'keeping the peace' in a dysfunctional way be confused with being a peacemaker.  On the other hand, choosing to deny oneself and avoid a conflict originating in willfulness and selfishness is also peacemaking, or rather, 'war prevention.' Its a hornet's nest."

Sometimes Christ's peace seems especially absent among his followers.  We don't simply disagree with one another on many topics, but we often despise those who hold what we regard as false or heretical views.  Disagreement may be necessary- the defense of truth is a virtue- but hatred is a grave sin.  Most often it isn't truth we battle for but opinion, vindication of our irritation with someone else, or just the desire to have things our own way.

~pg 127
May God have mercy on me!  I've been guilty of this kind of "hatred" more times then I can count- even tonight!  I don't want to be like that.  I WANT to pray for my enemies.  I WANT to love them and live at peace with them.  Heck, most of my "enemies" are not enemies at all!  They are just people who have made choices I don't agree with.  But still, I am called to live in peace with them.

"Christ says we must love our enemies and pray for them.  The two go together.  You will never love anyone you don't pray for.  Prayer opens a channel inside us to participate in God's love for the other person."

Far from loving our opponents, as Christ commands us to do, it often happens that we don't even respect them or try to understand them or consider that it may not be they who are wrong.  Even if they happen to be dead wrong, there may be ways in which our attitude or response keeps them from changing their mind or way of life.

Our own failure to love is a major part of the problem.

~pg. 127 - 128
Does being a peacemaker mean being a pushover?  In some cases, it probably does.  I'm still learning how to be in this world.  I'll probably spend the rest of my life trying to master the art of being a peacemaker and figuring out what that means in my day-to-day struggles.  But it is so worth it... "for they shall be called children of God."
Posted by Genevieve at 11:59 PM No comments:

Where the Rubber Meets the Road

I've been off meds for a few months now.  The past few days have made me wonder if discontinuing them was such a good idea.  I want to tough this out.  I want to use the tools the Church has given to me work through this and to come around to the other side a stronger and more holy person.  I will not let this master me.

God help me!  Here is where the rubber meets the road.
Posted by Genevieve at 8:54 PM 3 comments:

I've participated in a group blog for the past 3 years or so.  When we first started blogging, we wanted to expose the false teaching of people we considered to be "patriocentrists"- people who believed that everything involved in family life should center around the father of the home.  Children, especially daughters, could not have any interests of their own; they must make their father's interests their interests.  Wives should center their daily agendas around the father's goals and needs and not the needs of the household.  Daughters shouldn't go to college because they were needed at home to continue to assist their father in his agenda for them and for their home.  For sons, college seems to be an okay option, but preferably he will join his father in the family entrepreneurial enterprise so that he will never have to assist another man outside the family in dominion-taking.

Patriocentrism isn't your average evangelical complementarianism.  Its far, far to the right of that with an agenda that is ultimately legalistic, ungodly and dangerous.  Our blog was our attempt to engage in the discussion and expose this false teaching and to figure out where we stood theologically.

Eventually, we got it all out of our system and stopped writing.  I don't think where was a regular post on the blog for over a year until I opened it back up in July.

I started a series of posts highlighting the role that women Saints have played in the life of the Orthodox Church from the beginning.  These women are routinely dismissed as non-normative or even rebellious jezebels because they did not marry, bear children, and keep sweet.  Women as deaconesses or "equal-to-the-apostles?"  May it never be!  I understand that these saints ARE non-normative and that's why they are Saints.  But the Church gives them to us as role-models and people we are to strive to emulate and become like, however that may work out in our own lives.

In order to do this, I had to confess my conversion to Orthodox Christianity.  Not a big deal.  I'm not ashamed of it, obviously.  I actually received emails from people telling me they were interested in knowing more about the Church.  Yay!  I'm trying to help those people as best I can.  Some people were very gracious in telling me that while they disagreed with the direction I took, they still respect the Church and consider me a sister in Christ.

But one person, who has loooooong hated us for reasons unknown, has got her panties in a wad over this whole thing.  She actually started a whole blog where she can argue with herself about us.  She regularly posts flat out factual LIES about us (i.e. my confessing Christian co-blogger is actually a secret Buddhist) ,as well as her conspiracy theories about how I've been Orthodox all along but I was trying to hide it.  This is a person who refuses to accept the distinction between icons and statues.  She is willfully ignorant about Orthodox Christianity- in this, I mean that she THINKS she knows what the Church teaches about a whole hosts of subjects and will not accept correction when documented evidence is provided to her which proves that she is incorrect.

Now, this woman is notorious in the whole blogosphere "patriarchy/patriocentricity" debate  as being unstable and unteachable.  She claims she was vilified on the blog a few years ago, but my co-bloggers and I can't find evidence of what she is talking about.  This is where her grudge comes from.  I wish I could help her in that or understand why she hates us so much.

(As an aside, I realize that I am getting a small taste of my own medicine here.  We weren't always that kind on the blog either.  I understand that and now I empathize with those people that we judged wrongly.  It can be quite annoying, if not painful, to see your words twisted to mean something completely different than what you intended.  And it never feels good to be unfairly judged.  May God forgive me for those times I was guilty of that.)

This experience with her has been a particular refining tool for me because I sooooooo want to argue with her.  I can't stand being lied about.  I can't stand the blatant and intentional misrepresentation of the Church.  But as I said in one of my posts- the Church has been around for 2,000 years and I don't need to defend it to someone who isn't going to hear me anyway.  The information is out there and if people are foolish enough to take her word for it and not seek out the information for themselves, well, there isn't much I can do about that.

I believe God has called me to silence where this person is concerned.  I want to love her.  I want to be concerned for her welfare.  At this point, I don't and am not.  May God help me in this.  Right now, I just want her to go away.  Instead of torturing myself with clandestine visits to her blog, I banned myself.  I even made it so that I can't physically see her blog even if I wanted to.  And I feel tremendous peace about that.

I can relate to her in this: there was a time when I believed that I needed to proclaim "truth" at any cost.  Even after being shown that I was wrong, I refused to accept it and I persisted in my error.  Because TRUTH was more important than people or relationships or anything and it didn't matter who I steamrolled as long as the truth was out there.

Truth is important.  I"m not saying we shouldn't proclaim truth at the risk of offending people.  But deliberately offending people with what you think is the truth isn't the way to go about it.  Hope that makes sense.

So, Lord, today in liturgy, let me pray along with my brothers and sisters for the who love me and those who hate me.  And let me really mean it.

Lord Jesus Christ, Son of God, have mercy on me!
Posted by Genevieve at 7:45 AM 3 comments:

Genevieve
I am no saint. I'm no supermom. I'm a complicated woman, striving for a simpler life, wherein I can love, serve others, and glorify God. Holy St. Genevieve, pray for me!

Stand Against Child Abuse that Hides Behind the Bible 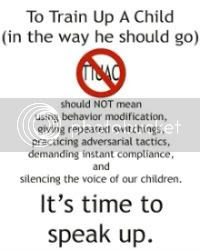